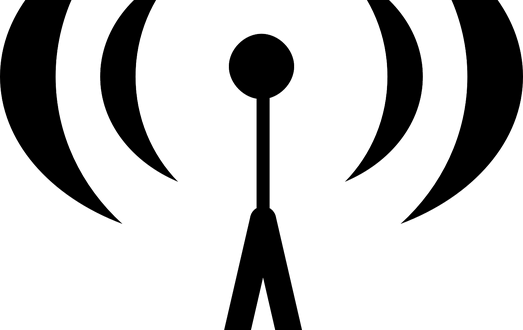 The first call came that afternoon as Mary finally settled down to get some work done on her computer.

“Give me my fucking phone back cunt,” the voice on other end of the call said. The man was more than angry, he sounded unhinged.

Mary was left disturbed and, after taking a moment to gather herself, she called the police. The officer listened sympathetically and took down a report, promising to follow up that week.

Not more than an hour later there was a knock at the door. When Mary got up from her computer she saw two police officers standing outside. That was quick, she thought, assuming they were following up on her earlier call.

“Ma’am, may we come in,” the first officer, an unsmiling woman said. “We have a report that there is stolen property located here and we’d like to look around.”

Mary blinked, a tiny ping of doubt echoing through her thoughts. “That’s crazy. Do you have warrant?”

“We were hoping you would cooperate with us,” the second officer said, offering a placating smile.

“I will. When you have a warrant. I can assure you, I haven’t stolen anything. You’re the second ones to accuse me of that today. The other one I had to report to the police.”

Both officers frowned and glanced at each other. “When did this happen?” the woman said.

“About an hour ago,” Mary said, and explained the phone call.

Neither officer had anything to say to her story. They thanked her for her time and retreated to their squad car, parked in front of the house. There they spent some time on the radio and their computers as Mary watched, glancing from time to time at the house. After half an hour they left and Mary finally allowed herself to relax, though she was still left unsettled. What was going on?

There were more calls that evening, with people demanding the return of their phones, computers, and other manner of electronica. The conversations all went much the same way, with Mary insisting she knew nothing of the lost gadgets, and the aggrieved owners growing angrier and angrier with their insistence that there could be no doubt as to the location of the devices. Tracking through various Find Me services and apps all pointed them to her address as the location for the lost items. The callers were, to judge by their phone numbers, spread across the region and even the state.

“GPS doesn’t lie,” as one of the callers said.

But, in this case, it had to be. It was simply impossible for Mary to have been responsible for dozens of thefts in the last two days, when she had left the house only once to refill a prescription at a drug store down the street.

Dutifully, after each call, she phoned the officer she had first spoken to and notified him of the complaint she had received. At his recommendation, she also contacted the phone company and the various Find Me services to let them know that there had to be some error in their tracking systems, that not all these devices could be located at her house. Everyone she spoke to was sympathetic, but ultimately unhelpful, with a hint of suspicion in their voices that began to wear at Mary.

The tracking systems appeared to be functioning as they should and there was no apparent explanation for why all these strangers should be seeing their devices located in her home. Except for the obvious. Her denials began to sound more and more desperate, even to her ears. Eventually, she had to turn off her phone and force herself to go to bed and sleep. Her dreams were filled with faceless voices accusing her of unspeakable acts, which she was forever unable to deny.

She awoke the next morning to an inbox full of irate voicemails. For the moment she decided to ignore them, setting about making coffee and some breakfast. There were two more calls as she did that, both of which she let go to voicemail. It was hard, in the face of this unending torrent of accusations, to continue to believe in her innocence. Even though she knew with certainty she had not taken anything. That it was impossible that she could have stolen all of them, given the volume of calls she was receiving. Never mind the fact that none of the devices were actually here.

And yet, more and more doubt began to slip into her mind. There was a glitch in the systems, that much seemed obvious. It was to her, at least. But not to anyone else, and her own certainty began to crumble.

The calls gave her no respite and she began to despair ever being free of them. They continued throughout the day and into the evening. She stopped answering her phone. Stopped reporting them to the police or the Find Me services. It all seemed so pointless. She turned off her phone and stared at her laptop screen, gone black from inactivity.

It was almost a relief when the police raided her house that evening. There was a knock at the door first. She had only just roused herself from her stupor to answer it when she heard glass breaking at the back of the house and the door being knocked down. Shouts followed, the incoherent code of command and response. Before she realized what was happening, Mary had been forced to the floor and cuffed, weapons trained at her head. She closed her eyes, willing this nightmare to disappear.

There was a shout, from what sounded like the basement. “Holy shit. Look at this.”

A flurry of movement followed, all of which Mary could not track. She remained pressed to the ground, with her eyes closed. Eventually she heard the voice of, what she took to be, the commanding officer, the woman who had stood on her steps the day before. “Bag and tag it all. Read her her rights.”

The whole world seemed to disappear in that moment and the next thing Mary recalled was sitting in the interrogation room in the precinct downtown. The woman and her partner were sitting across from her, staring with grim faces. Mary could not recall either of their names. They were asking her questions. They had been asking them for some time, but Mary could not recall them all, or for how long they had been here. Time had blurred together and vanished somehow. Even now, reality seemed tenuous, and she was hesitant to do anything for fear of sending it spiraling away from her grasp.

“Not answering us isn’t going to do you any good,” the woman said. It felt like this was not the first time she had said the words. “We found twenty five phones that match those that were reported stolen. And thirty other devices. How did those end up in your basement?”

They weren’t there. They couldn’t have been. This was all a terrible mistake. That was what Mary had wanted to say, but she couldn’t find the words. They wouldn’t believe her anyway.

“There must be some reason, right? Help us understand.” The other officer gave her a lying smile. Mary blinked.

“What I don’t understand is how you could find the time to steal all these phones. I don’t think you could’ve done it alone. Who was working with you? What was the end game here?”

“We can help you out. You just need to tell us who you were working for. That’s who we want, right? What else were you into?”

Nothing, Mary wanted to say, but didn’t. She knew she should be asking for a lawyer. Denying everything. But she couldn’t. It wasn’t in her too.

“How did you do it Mary? And why?” Help us understand.”

Mary looked from face to face, her whole body seeming to vibrate with anguish, and she began to tell them.

In A Flash: read a new story every Thursday…

If you like this story, or any of my others, please consider supporting me on Patreon

This entry was posted in In A Flash and tagged Fiction, flash, surreal, thriller. Bookmark the permalink.